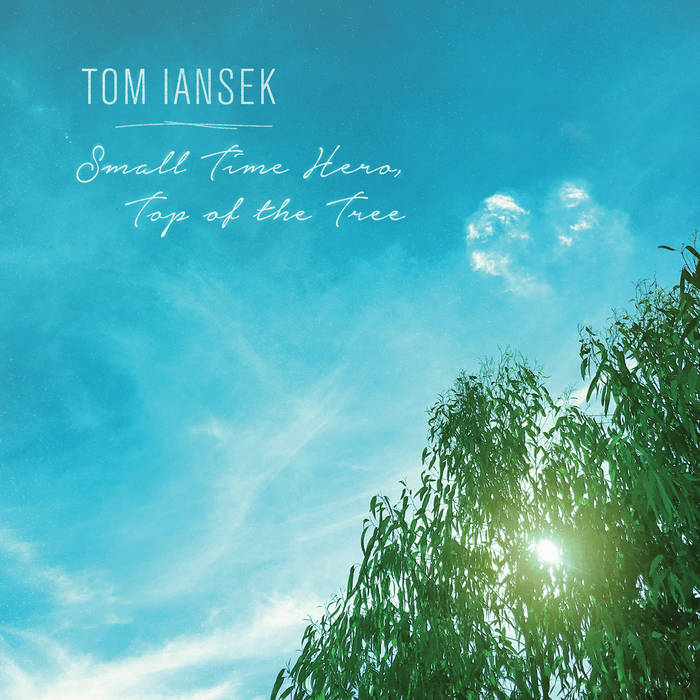 Arguably Australia’s most prolific, engaging and intimate songwriter/producer in recent memory, Tom Iansek will release the first LP he ever wrote and recorded, under the moniker of Small Time Hero, titled "Top Of The Tree". Available now digitally via Pieater and on 12” Vinyl for Record Store Day, April 22, 2017.

Back in 2009, before the world caught on to the musing of this bedroom artist via Big Scary and #1 Dads, a young Iansek was learning the craft of writing songs and recording them himself. Armed with a 4 track mixer and one microphone, he wrote/produced/mixed and then self-released Small Time Hero Top of the Tree LP to zero fanfare, zero acclaim but all for personal growth.

“This is the first album I ever made.” explains Tom Iansek “There was great joy and excitement for me making it. It was the beginning of my love for the entire music making process, from song writing and arranging to capturing the performance, I present it now to unashamedly show the beginnings of my journey into making music.”

Small Time Hero, Top of the Tree also frames the beginnings of one of Australia’s new crop independent labels, Pieater with manager Tom Fraser’s first introduction to Iansek via the LP that sound tracked their first summer as friends, who together with Joanna Syme started Pieater and launched Big Scary into the resonance that it is now.

Tom Fraser explains, “I had only recently met Tom and certainly wasn’t into the path of music management or record labels. However I do remember this LP being a catalyst to learning more about this intriguing young guy Tom Iansek, becoming friends and then discovering the music world together on either side of the fence (artistic & business) for the following years.”

"Small Time Hero, Top of the Tree" is an insight into the artistic journey for Tom Iansek who over the next eight years since has released an inspiring catalogue of music, as well as co-writing/producing with many upcoming artists, including: a brand new collab project with Tom Snowdon; a debut album for Airling “Hard to Sleep, Easy to Dream”; Slum Sociable, Banff, Art of Sleeping, Step-Panther, Jonti, LANKS, Emma Louise, Hockey Dad. Establishing himself as one of our most treasured songwriters, producers, and artists. Song writing breadth and scope rarely seen in current music industry, a catalogue we’ll cherish for years to come.

Bandcamp Daily  your guide to the world of Bandcamp